Lorenzetti’s funeral parlours, has been working in the funeral industry for several generations on national and international territory. Lorenzetti’s agency has a story that has its roots in the first half of ‘900 when Ottorino Lorenzetti, father of Arnaldo Lorenzetti and grandfather of Paolo, began the mortuary activities in the San Paolo district in Rome. Ever since that moment, this tradition has been passed down from father to son. The latter has learned with dedication and seriousness all the principles and values ​​of a profession that is one of the most complicated in the world. Paolo Lorenzetti has continued his father’s work, with the sole purpose of being ready at any time and under any circumstances, in order to support each family at every stage of their grieving.

The agency offers a service of assistance in the management of the bureaucratic and administrative procedures following the disengagement of funeral services, which is hard to manage independently in such a difficult moment in the life of a person’s bereavement.

During these years, many things have changed in the funeral activities in Rome. People’s needs have evolved. Nevertheless, Lorenzetti’s Funeral Arrangements Agency has managed to keep up with the times and adapt to social change by increasing the number of services offered to the customer.

The major quality that distinguishes it, comes from personally gained experience that has been passed from grandfather to father. It mainly consists of reliability, competence, utmost professionalism, and above all, humanitarian attitude and discretion. 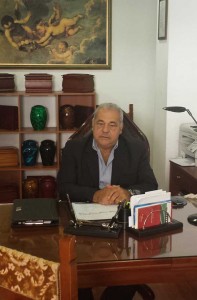